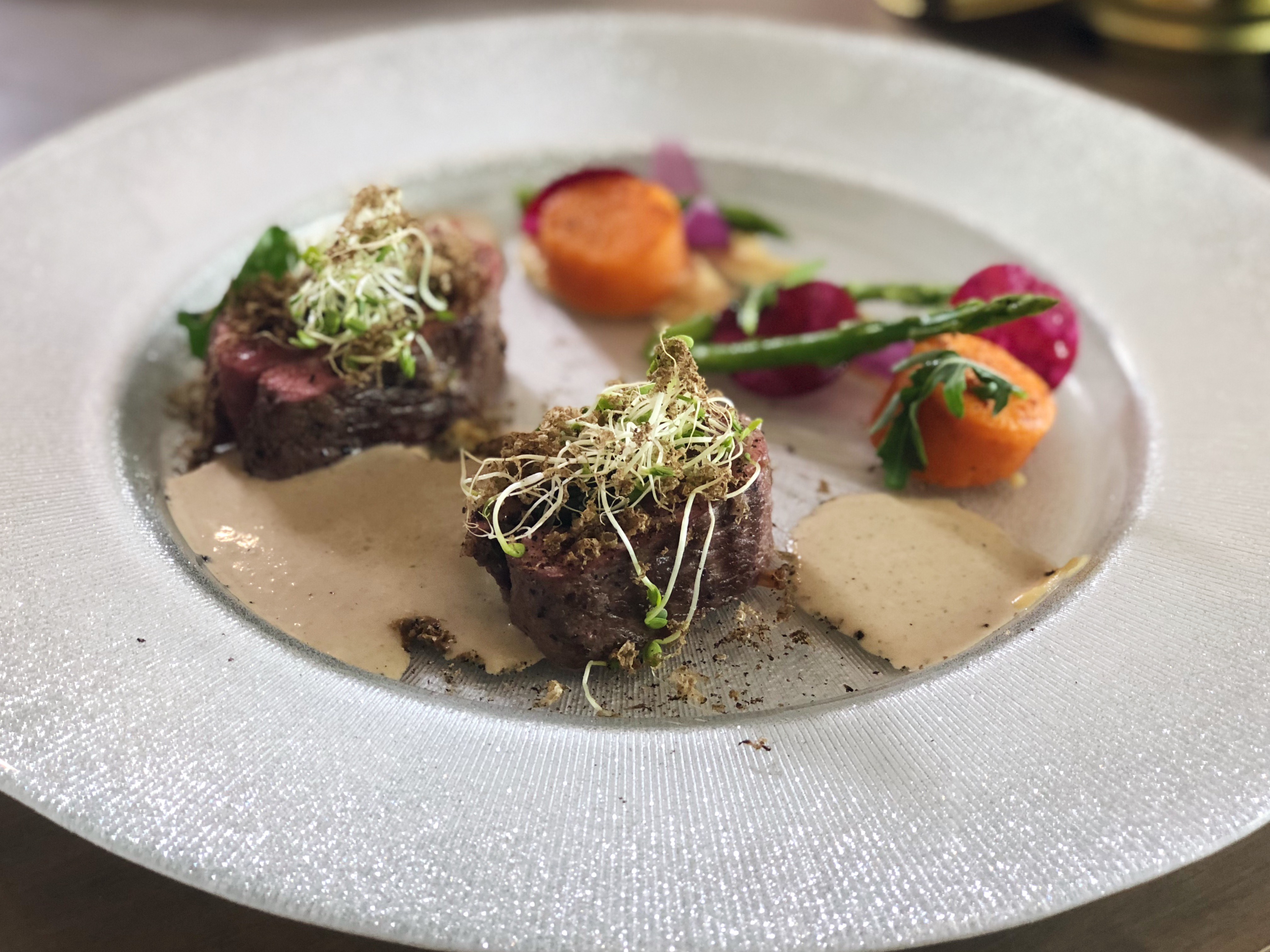 Fall is at our doors, Halloween, thanksgiving  are coming … and you don’t even know how you’ll surprise your family. Here is an idea: a french dish. Benjamin Kalifa, french and private chef in Miami, gave us the keys : 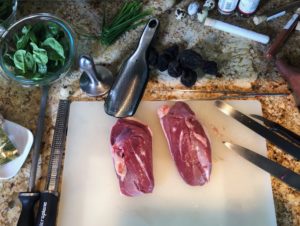 1) Remove the tin of the duck magret breast and flatten it out. Then split in 2 equal parts.

3) On a table, put the duck magret breast on a plastic film and add the stuffing (keep some for the sauce later), add salt and pepper. Then roll it until you have the ballotine (budding).

4) Cook the ballotine (with the plastic film) in a double boiler few seconds. Then remove from the water and allow it to cool down.

5) Remove the plastic film and cook it in a tan with the tin of the duck that you remove previously and butter to color the budding. Add salt and pepper and cool down.

6) Make the sauce with the foie gras you kept, whipping cream, salt and pepper. 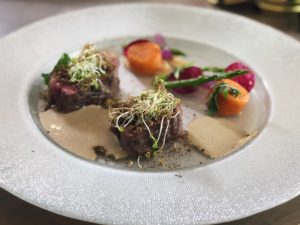