As the afternoon winds down, you may be attempting to decide whether to toast completion of the workweek with beer, wine, or spirits. Can I interest you in a kale or foie gras martini rather? These are real combinations served at upscale restaurants in populous American cities, and the food media shone a spotlight on both today. 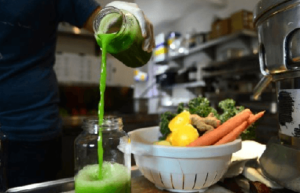 At New York’s new Chalk Point Kitchen, helmed by a Michelin-starred chef, bartender William Bastian is blending “cucumber, celery, lime, lemon, and kale juices (pressed in-house) with ginger beer and apple vodka,” according to Grub Street. In a photo, the $13 cocktail looks like something Poison Ivy might consume and is garnished with a lemon half-wheel.

In Las Vegas, Eater advised us on Wednesday, Andre’s, one of the dining establishments in the Monte Carlo, serves a sludgy-looking emulsification of… 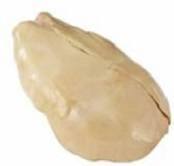 “This extremely popular martini at Andre Rochat’s dining establishment offers for $18,” composes the food blog’s Susan Stapleton. Simply since a libation is served in a martini glass doesn’t mean it’s a martini. And I know I’m not alone in stating that I would much rather drink a real martini– maybe one of the candidates of Slate’s Martini Madness competition– with kale chips or foie gras on the side.

A very interesting choice for an exotic and delicious drink, don’t forget to follow our page in facebook, for more interesting facts, recipes and promotions from the home of caviar and fine foods