Sevruga Caviar is one of the highest priced roes in the world, along with Beluga Caviar and Osetra Caviar. This type of Caviar comes from the rare Sevruga sturgeon of the Caspian Sea and the difference of  this Sevruga Caviar from its more expensive sisters is that its eggs are generally smaller. 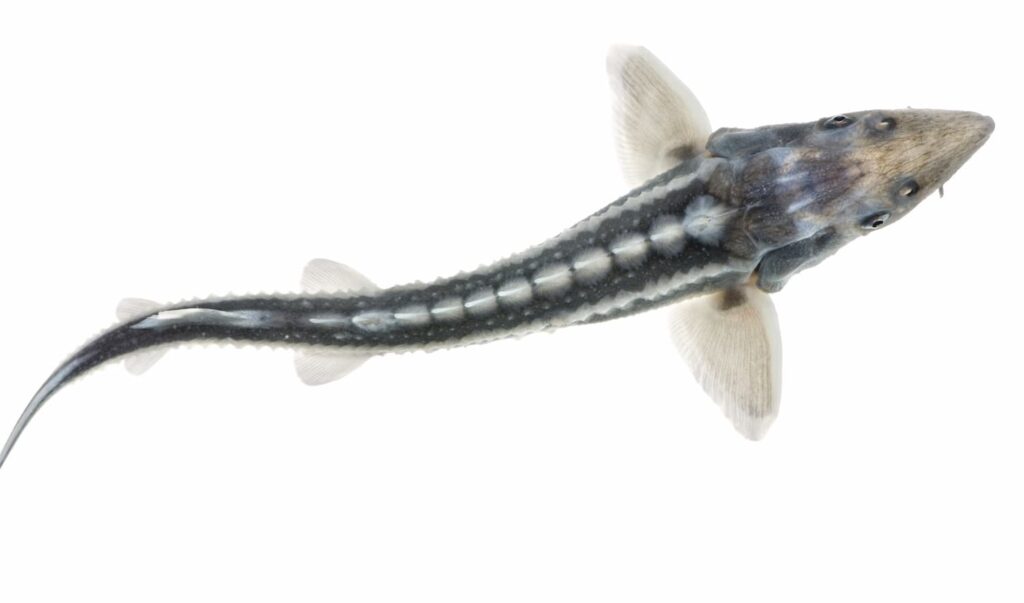 The sturgeons are fishes whose kind goes way back to the prehistoric times, in an era where dinosaurs walked the earth. The present sturgeons haven’t lost their appearance despite the fact that hundreds of years have passed since its first existence on earth. The Sturgeon fish has a remarkable look, instead of scales, it has bony plates that pretty much resemble the dinosaurs. In the case of the Sevruga sturgeon, it can be as big as 1.5m and can weigh up to 25 kilograms. It can be distinguished from the Beluga and Osetra sturgeon because its plates resemble stars, thus it was nicknamed the star sturgeon.

Getting a great quality Sevruga Caviar can take time but it’s definitely worth it. The female Sevruga can lay her eggs when she reaches her maturity of 7 to 10 years, a little earlier than the other sturgeons. The best eggs are made when the fish reaches its prime, which is 18 to 22 years.

Sevruga Caviar has gained popularity because it’s the most affordable option among the imported types of Caviar. Chefs have always argued that it is not the prize of the Caviar that matters, but the taste. Beluga may be the most expensive one, but a lot of people actually prefer less expensive Caviars like the Sevruga and Osetra. At the end of the day, taste will always be the deciding factor when it comes to choosing the best Caviar for a person. But if you’re feeling a bit confused, no worries! Caviar Lover is going to share 5 facts you should know about Sevruga Caviar so you decide which type is your favorite. Let ‘s begin! 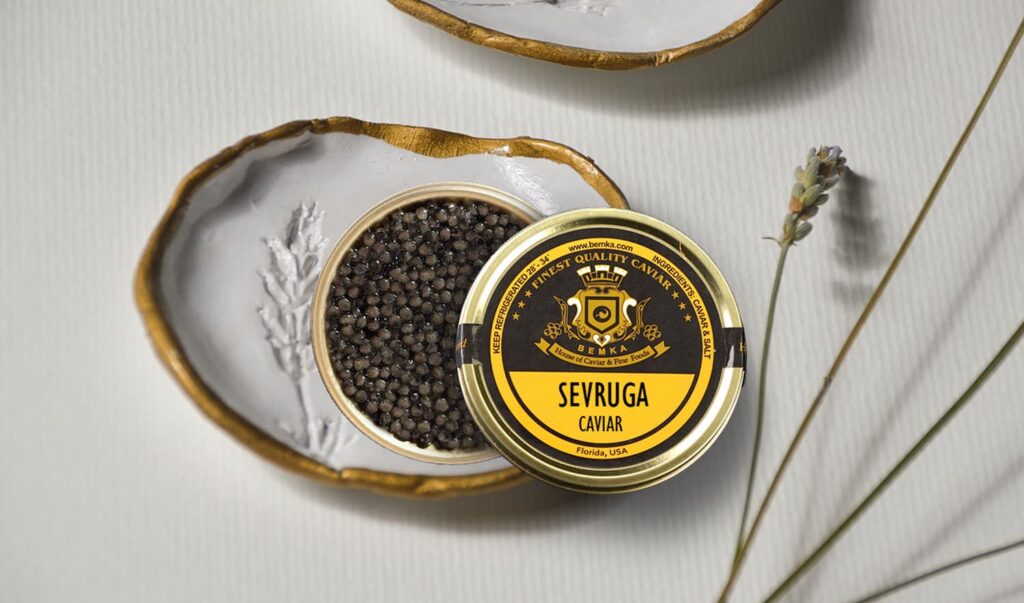 The color of the roe is gray-black, and has the strongest flavor among Sturgeon eggs. As has been said before, Sevruga Caviar may be the least expensive Caviar compared to the top three, but more chefs appreciate them because of its abundance and strong taste. At present, chefs have already learned how to incorporate Caviar into a wide range of dishes, mostly as stuffing for other seafood. 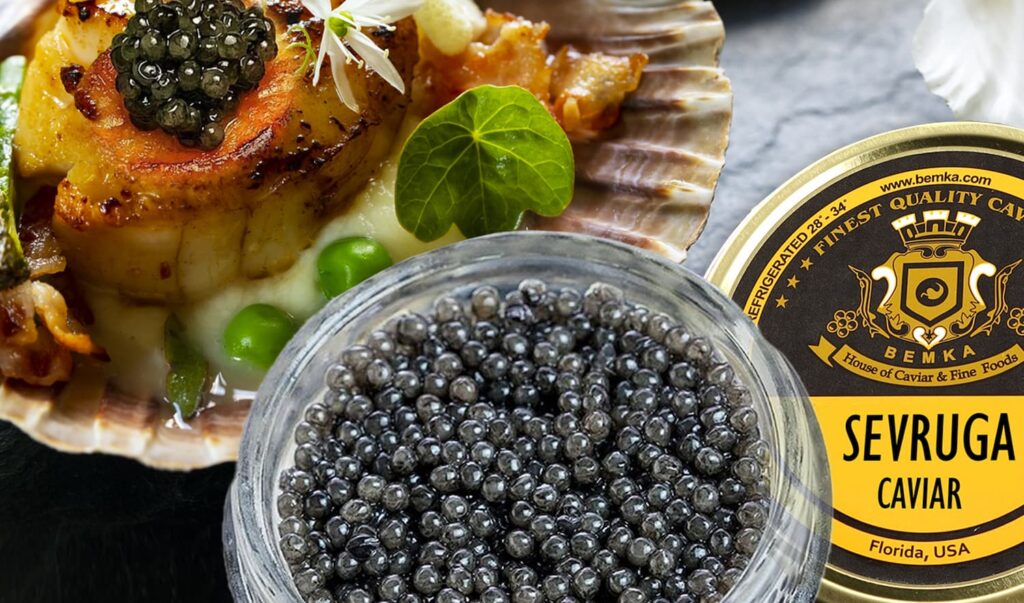 Caviar should be served with spoons made of bones or mother-of-pearl. It should be presented with a Caviar service set, although glass and ceramic containers will do just fine. It should never be served with metal accessories because it will add a metallic twang to the roe which will alter and ruin the taste. Caviar is recommended to be served surrounded with ice, lower than room temperature, in order to preserve its remarkable flavor.

It can even be used on meat, although for this, chefs use the least expensive variety of Caviar. Some of the common recipes using Caviar are Caviar pie, Caviar mold, creme de Caviar, Caviar eggs and Caviar spread. If you want to learn new recipe ideas keep reading our blog posts and you’ll surely find one you’d like to try.

For storing Sevruga Caviar the recommended storage temperature is 26 to 32 degrees, at the coldest part of the refrigerator, not at the freezer. Do not ever freeze Caviar! It will cause the hoes to burst therefore ruining its valuable taste. 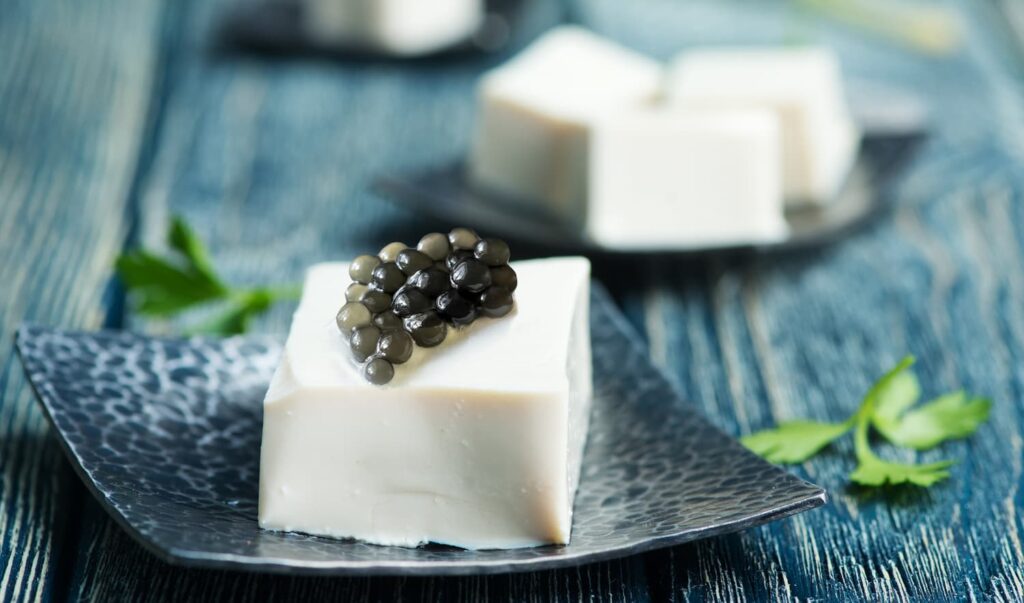 There are certain foods that can be used to serve Caviar, such as blinis, potatoes, or toasted bread. Condiments like pepper, onions, lemon and herbs may be used, but in order to truly experience the delectability of Caviar, true Caviar connoisseurs will recommend that it should be eaten on its own. To them, nothing beats the taste of raw Caviar. And if you’re wondering about the drinks, traditionally, the eggs are enjoyed with chilled Russian vodka, but dry champagne is a perfect alternative too.

Caviar is also becoming even more popular now that more people know it has numerous positive health benefits. It is rich in proteins, omega-3 fatty acids, and selenium. A spoonful of Caviar provides the adult daily requirement of vitamin B12. High-quality Caviar is known for its firm texture, as well as its flavor qualities, which include a creamy and buttery taste, along with a mild fish finish.

So far you’ve already learned a lot about Sevruga Caviar. Now the question is where to buy it? Visit Caviar Lover and find our best one:

Caviar Lover offers you the greatest selection of Caviar (Imported or domestic) and fine foods such as meats, seafood, truffles and much more! Visit our online store and discover everything that’s waiting for you.

November 25, 2022
PrevPreviousHow to accompany and serve Caviar
NextReasons Why Caviar is the perfect GiftNext